29th to 31st December 2009
Prologue
The trek route to Ombattu Gudda from Gundya was in my “todo” list for quite some time. The execution proved difficult for want of a GPS unit and more importantly being unable to get a “good crowd” for that arduous trek. Some organizations had conducted treks along that route but every time I missed due to some personal commitments.

It was at that time Arjun suggested whether I would be able to join a trek to Ombattu gudda that he was planning. Instead of the usual Gundya route, this trek was from Ettina Bhuja peak. As it was a pretty unknown route, I decided to join him. 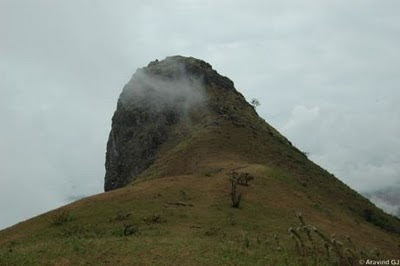 Ettina Bhuja
The first task was to climb Ettina Bhuja. I had done it earlier and had to do it again!! Our planned camping for the night of day 1 was on the peak itself but the bad weather made us to look for an alternate place. The Bairaveshwara Temple that was near the peak was an ideal location for us. It has just enough space for 2-3 people to stay. 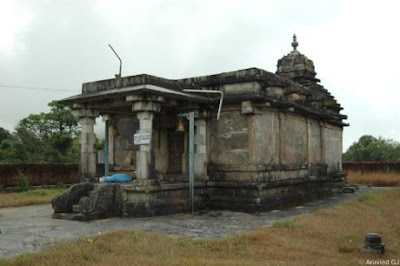 Night and the elephants
Staying at Temple comes with responsibility. The cleanliness and dignity of the place must be maintained. We set up our “cooking unit” outside the Temple premises. With clouds hovering in sky, the “dinner” was prepared hurriedly and by 7PM we had even consumed the food!!

By that time, thanks to the winds the clouds had all vanished. We set up the campfire and started talking endlessly about various topics. Our discussion was disturbed by the commotion from the nearby village followed by the sound of crackers. It was the elephants that might have entered into the fields.

That was a matter of concern. Our trek to Ombattu gudda was very much dependent on the weather. Rains on the next day meant that we had to pack our bags to Bengaluru. Now, with elephants roaming in the area, all our plans seemed to be in jeopardy. 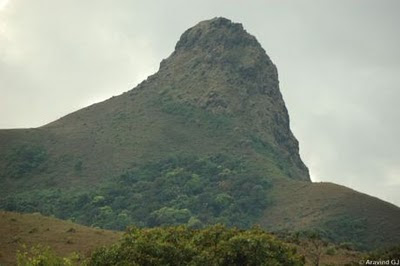 The immediate problem was to have a plan of action if elephants decide to come near the Temple. We could be in bad shape if those agitated jumbos come anywhere near us. Our guide is not much worried about it. The chances of such things are remote, he says. But I and Arjun are not convinced and start to discuss about different ways to escape from Elephant attack. I even make a mental note on how to climb to top of the Temple!! Luckily, none of our plans were put to test.

We make sure that the Temple gate is locked and set out to sleep. Sometime in midnight, we were rudely awakened by the shouts of the villagers. Elephants again!! But I was so tired that day and got into again the sleeping bag.

Morning and start of the trek
With the rise of the sun, our spirits were also on high. The weather was clear and we had all forgotten about elephants. After breakfast, we were all set for the trek to Ombattu gudda.

The trek was mostly on the ridges of grasslands with occasional hike through the shola forests. An elephant pugmark on the track was alarming. But surprisingly, we did not find any more pugmarks nor elephant dung anywhere in the area. That was a mystery. 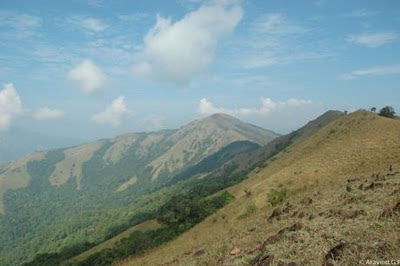 A major break was taken at “Atti mara” betta. It was called so because of the lone tree at the top. 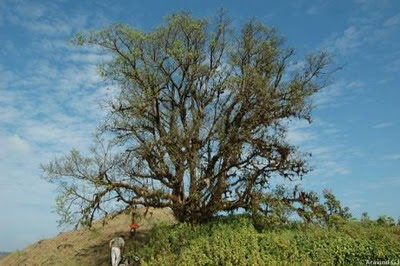 The walk on the ridges ended when we hit a Jeep track. Ombattu gudda was nearby. 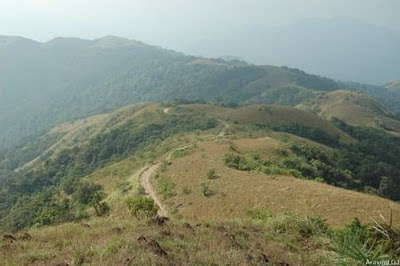 We crossed the last stretch of shola forests to enter into Ombattu gudda grasslands. 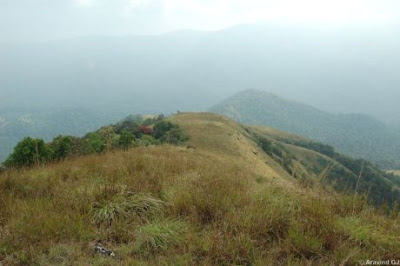 To reach the main peak, we had to cross seven or eight mountains. It took us about 30 minutes to reach the top. 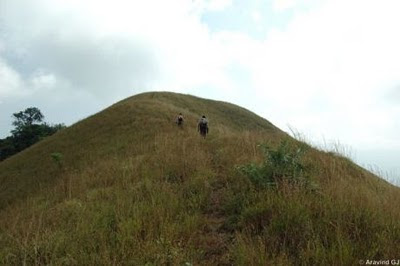 Once on the top, we could see the vast expanse of Kabbinale forests. As usual, the views were amazing. 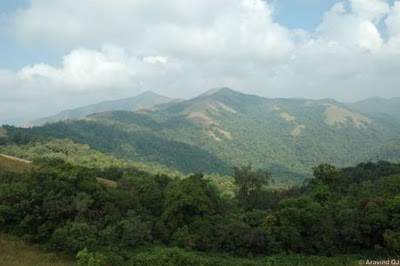 The hot weather and open grasslands made us very tired. The boring part of the trek was the return from Ombattu gudda to the nearby village. The journey never seems to end. A “short cut” saved us some 3-4km of walking. But still it took little over two hours of non stop walk. 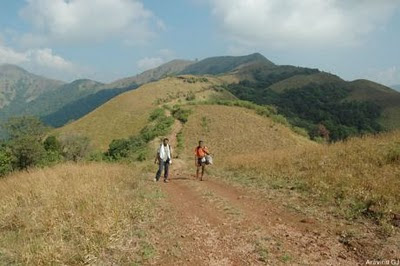 There is no source of water all along the route from Ettina Bhuja to Ombattu gudda and the village. The cloudy weather while returning back saved us from dehydration. 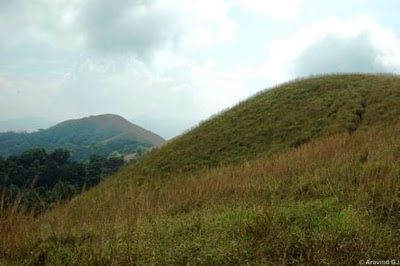 We were asked by several people in the village whether we were the “two guys” who were lost. Apparently two pigheaded guys from Bengaluru had lost their way on Gundya to Ombattu gudda stretch during that week. (Later, I came to know that they were brought to the village safely)

Epilogue
Just before we ended the trek, we saw an Elephant foot print. Again single feet print with no other trace!! Very similar to the one we saw during the start of our trek. Strange!!