28th August 2011
One would be in strange situations when looking for lesser known places. Here we were searching for a falls that I had heard from various sources. When asked about the same with the villagers they laughed at me and said that they have not heard of any such falls in the vicinity. I felt embarrassed but quickly recovered and asked whether there are any streams in the area. I should have carried the photographs of the falls. 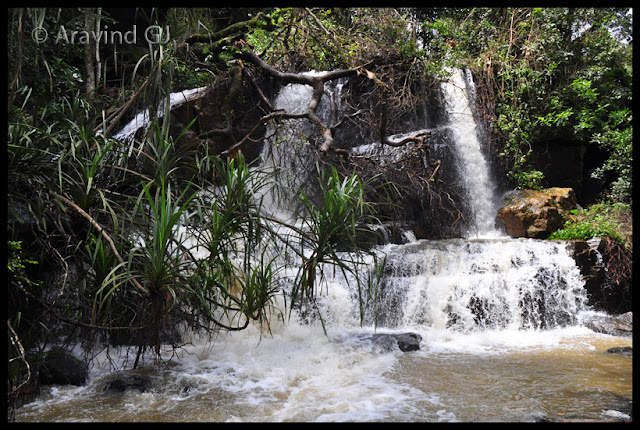 We continued on the village road now in search of the stream. Finally we reached a place where the sound of water could be heard. Shortly the water falls made its appearance!! It was not completely visible as a coffee estate was between us. A small shop owner near the estate denied permission to enter into an estate. We could not find a good place to take snaps. It was a disappointment. 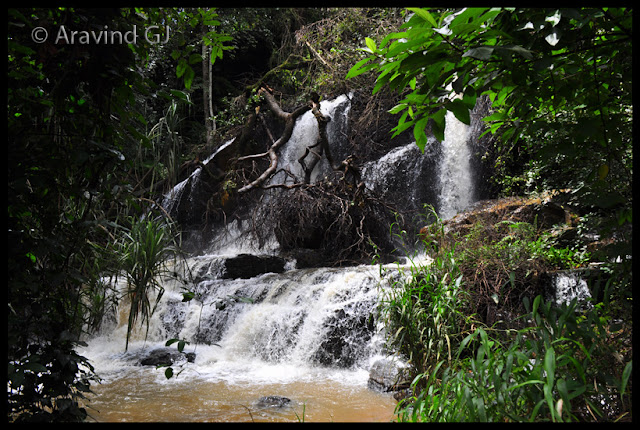 Looking at my Digital SLR camera the shop keeper was convinced that I was a serious guy!! Having a big camera helps whether you take good photos or not!!!! “If anyone asks tell that you are from TV9”, he told me. I and Balaji quickly got down into the estate while Saran, Sankara and Chitrai decided to have tea. Quickly we reached the base of the falls. A tree had fallen on the top of the falls blocking the full view. But it was a good scene to watch. 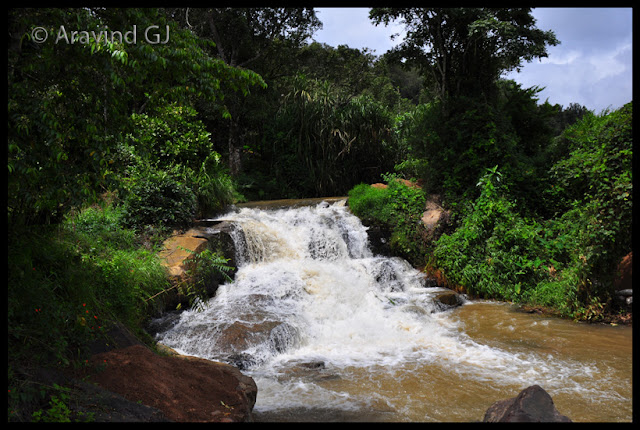 Seeing my interest in waterfalls the shop owner mentioned about another falls upstream. That was news to me. As per his directions we proceeded further and found the deviation. The car could not take that extreme right and hence we continued ahead to reach State Highway that was a furlong away. And then took a U turn to come back to the village road. The people at the road were surprised by our action!! 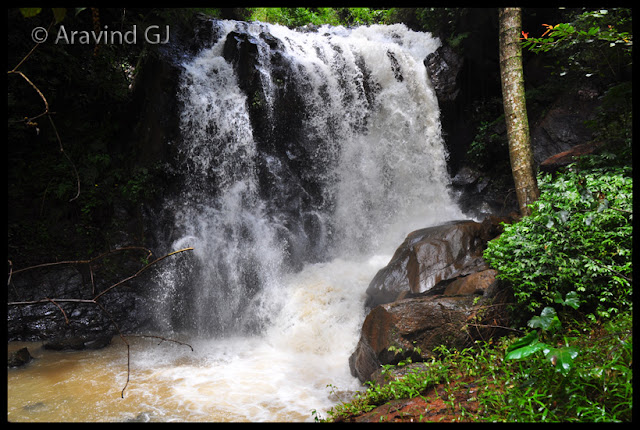 This falls was again inside a coffee estate but now there was no one to stop us from getting down. The path was slippery and I saw myself sliding down without any control. I only hoped that I could stop before falling into the stream!! Sankara and Balaji who were behind me were also in same situation. It reminded me of a similar incident in Yelaneeru. This time I was lucky to not get spoilt by mud but Sankara and Balaji had to change their dresses later!! 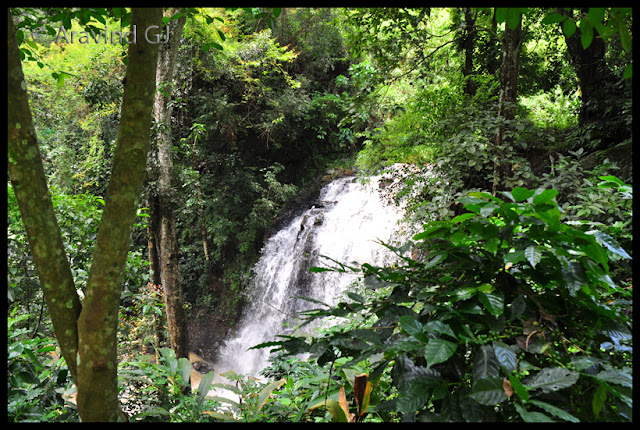