I had traveled to several places this year, either with family or on an Official visit. There were very few trips with friends. Spider valley was the last place that I went along with Krishna. That was in January.

I and Krishna decided to break this “break” by planning a trek. With neither of us could spare a complete weekend, we opted for Kabbal Durga that was near Bengaluru. I roped in my colleague Manu at the last moment. 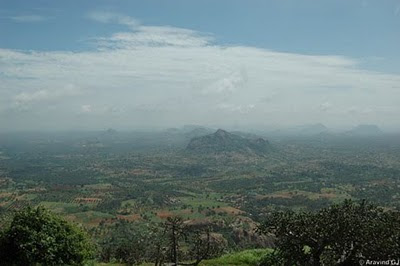 About Kabbal Durga
Kabbal Durga is a hill near Kanakapura with perpendicular cliffs on its three sides. The climb starts from the village Kabbal. 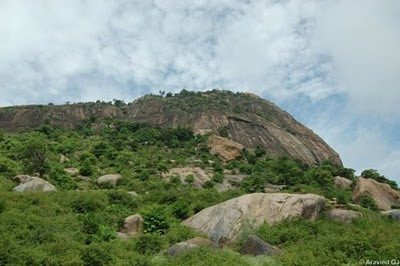 Our travel
The plan was to start early in the morning, have breakfast near Channapatna, and then go to Kabbal. And return by end of the day.

The road after Channapatna is narrow and passes through many villages. Kabbal Durga is a prominent hill in that area and can be seen from a far distance. 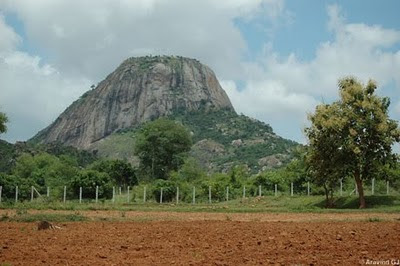 I and Krishna remembered our failed Madhugiri fort mission. Kabbal durga looked similar to Madhugiri fort!! We hoped to do better this time.

The Climb
The trek starts from the village of kabbalu. We parked the car in an open area of the village and starting walking. The climb starts after crossing a rock quarry. 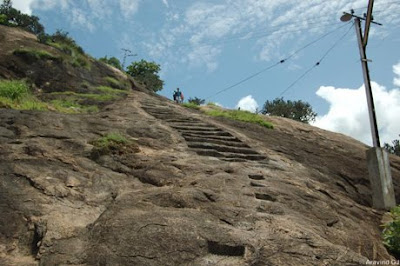 The trek was pretty easy. At couple of places, we had to cross the rocky areas with no support. Else, it was a simple climb. 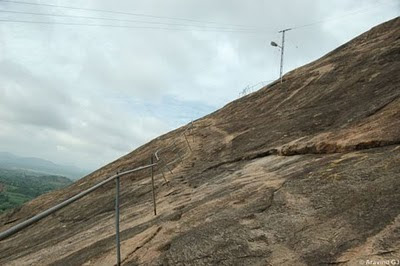 We took about an hour to climb to the top of the hill. There is large flat ground on the top with few Temple here and there. Couple of pond had dirty waters indicating the place to be a neglected one. There are also a few dilapidated buildings. 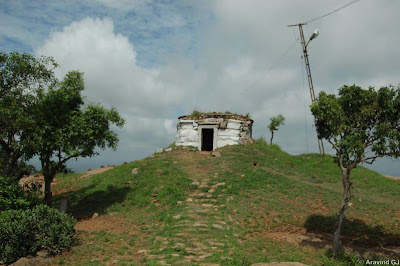 We spent about an hour at the top and started getting down. There was a big group from an adventurous organization climbing up. It was good that we climbed the hill early as we enjoyed the serenity of the place with no disturbances from any one. 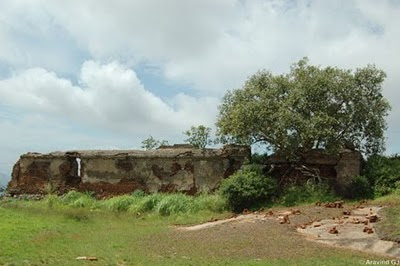 Way back
On the way back, we had lunch at Kamath Lokaruchi near Ramanagara. The crowd was less as we were before the “peak” lunch time. We ended up eating a lot as Hotel waiter was very generous in serving food!! I found it difficult to walk after lunch!!!!

I was at my Home at 2PM. I had never reached so early after a trip!! 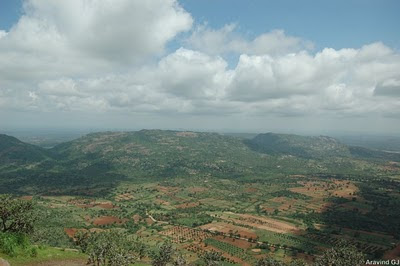 More photos of the trek can be seen here.